All papers accepted by ILSCM2020(workshop included) will be submitted to EI compendex for indexing.

International Workshop ITEAE2020 is dedicated to discussing specific topics on Transportation  and Automotive Engineering. Welcome to join us. 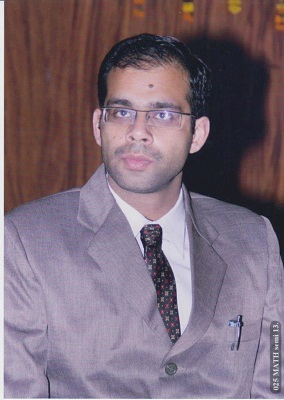 Anand Nayyar is working as Faculty, Researcher and Scientist in Graduate School, Duy Tan University, Da Nang, Vietnam from January 2018. Prior to this, he has worked as Assistant Professor in Department of Computer Applications & IT from August 2011 to December 2017. Before that, he served as Lecturer in Computer Science Department of Arya College and KLSD College, Affiliated to Punjab University, Chandigarh from 2009 to 2011.

He did his MCA from Punjabi University, Patiala in 2008. He completed his PhD in Computer Science from Desh Bhagat University, Mandi Gobindgarh in 2017. He is a Certified Professional in more than 75+ World Renowned Certifications from CISCO, Microsoft, Oracle, Cyberoam, Google, GAQM, EXIN, Beingcert.com, ISQTB and many more.

He is Author as well as Co-Author of 20 Books and Co-Editor of 3 Books and has more than 250 Publications in International SCI/SCIe/Scopus Journals and conference proceedings in avenues such as Springer, IEEE Xplore etc. He has been associated with several International Conferences as Programme Committee Member, Technical Committee Member, General Chair, Local Chair and Reviewer. He has been associated with 200+ Journals as Editorial Board Member and Review Board Member. He is currently acting as “Associate Editor” of IGI-Global Journal- International Journal of Information Security and Privacy and International Journal of Distributed Systems and Technologies. Currently he is an Active Reviewer of World Renowned Journals like---IEEE Access, Wiley Journal of Concurrency and Control, Elsevier- Computers & Electrical Engineering, Wiley Journal of Communication Systems, Elsevier- Journal of Network and Computer Applications, IEEE Communications Magazine and many more.

He is member of 50+ Research Organizations on Grade of Professional & Life Member like IAENG, CSTA, CRSI, ISDS, ISOC, MCDM, ISITA, IAOIP and many more. He is life Member of CSI, ISTE and CEGR He is Senior Member of ACM and IEEE.

Please kindly wait for the update.